by Friend of all the World 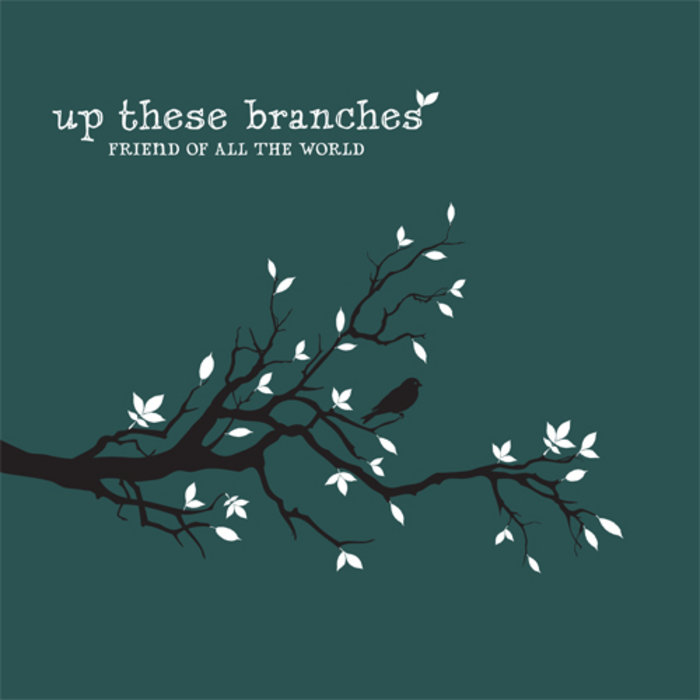 Friend of all the World Montréal, Québec

Indie folk-rock five-piece Friend of All the World formed around a Craigslist classified posted by singer-songwriter Robert Cole in 2010. The improbable ensemble has since been cultivating their signature eclectic sound, which has taken a raw and vital turn in their latest and third album called “Rue-St-Louis”. ... more

Father I see above,
grant me release from the dark hearted me,
When she leaves my love,
And go la da da...

Fathering tree above,
Help me float free between sky, between sea,
Where she breathes, my love,
She goes la da da...

The cold of feet on the landing,
And I don't know where I'm standing
But I am here,

And you say now don't be sorry,
It's a turn we take and when we're done,
When we pass beyond remembering,
Leave that game to those who carry on,

But I am small in your shadow,
And I get lost in your footprints,
And I am here,
In the life you gave,

In the morning I feel strange,
As life begins again,
And you're on your way.
Track Name: Up These Branches
Send me in the evening,
I've a mind that's turned to leaving,
I am awake,
I've no thought for where I'm going,
Need no sign-post to be showing me the way,

On my path meandering,
I forsook all understanding as a fool's game,
I had eyes that knew no fetters,
Kept them open wide to better see the flame,

Things we say get broken,
Save those things we leave unspoken,
What we can't plan,
This is all I have to leave that you'd remember me,
And know me as a man,

And now, set me on down to linger in the sand,
Let me feel barefoot breathing of the land,
And send me on up these branhes to the wind,

Now the way draws clearer,
And familiar hearts beat near,
I feel the pull of some slow slipping,
The loosening of the grip,
In these strong hands lays bear my record,
I have nothing more to recommend my name,

And now, set me on down to linger in the sand,
Let me feel barefoot breathing of the land,
And send me on up these branhes to the wind,
Track Name: Golden Days
It seemed that moving on,
It was the hardest part to face,
Had one foot on the go,
And had another long to stay,

Woke up one morning,
To watch the morning roll away,
Wrapped myself up in pictures,
That were never long to stay with me,

And I wanted golden days,
To live in a golden day,

And every mile it hid a question,
And they kept coming back at times,
Flying ahead of my attention,
Running to the corners of my eyes,

So as the day draws in its arms,
And in the grey,
The wondering dust finds root,
Under the streetlights where we make,

All I want is golden days,
A long life strung by golden days.
Track Name: More That I Could Say
Again, there's more that I could say,
If life is a game...

When you come awake,
Low light strolling down your eyelids,
Woken like the bird that flies away,
Caught him singing in my morning,
Dreaming you again...

There's more that I could say,

When you come my way,
Trees wide open in the breeze,
Unbroken in their endless limbs asway,
Warm wind breathe it in so tall and green,
It makes you ache...

There's more that I could say,

In your eyes I wade,
Out in water that's so clear,
Forgot about the fireflies caught in May,
Now in freedom I no longer need them to obey....

No more that I could say,
But if life is a game,
Then we'll play it out.
Track Name: Under the Dome of the Night's Sky
My friend the girls are looking fine,
Let's go get lost under the floodlights,
They've got eyes that make you grieve,
For knowing at the door you leave behind,
But allright...

My friend they know you in their eyes,
Sit back and watch them grow a little while,
They know a love that makes you weep,
For knowing of the hands that creep through time,
But tonight...

My friend we're moving on tonight,
Take one last look and leave the fireside,
We've got hands to burry us and carry on the fight.
Let's leave this night,

Sun may rise no matter how we try,
Suns arise and suns keep rising,
On and on in the riddle of the night,
Our sons and daughters learn to wonder why,

Sun will rise over delicate pale,
Rise and shoulder up your sail,
Sun may rise like a madman in the sky,
Arms are dancing wildly by,

Sun will rise and though we all try,
Suns arise and suns keep rising,
Suns may rise but I don't mind,
I've got breath and I've got time,

And what about tomorrow?
When tomorrow's gone,
Can we save tomorrow,
Like any other song,
That these birds,
Are dreaming down from overhead,
Fly away now the air is cold and dead,

Bandcamp Daily  your guide to the world of Bandcamp